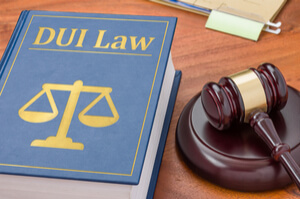 The crimes of DUI, DUI per se, and DWAI are generally misdemeanor offenses which may result in fines or jail time.  Colorado has very strict DUI laws and your case may be charged as a felony for repeat offenses or certain aggravating factors.

“Driving under the influence” means driving a motor vehicle or vehicle when a person has consumed alcohol or one or more drugs, or a combination of alcohol and one or more drugs, that affects the person to a degree that the person is substantially incapable, either mentally or physically, or both mentally and physically, to exercise clear judgment, sufficient physical control, or due care in the safe operation of a vehicle.

DUI per se is driving a motor vehicle when a person's BAC is 0.08 or more within two hours after driving.

If you are cited for DUI or DWAI, your license may be taken immediately, or you may later be notified by Colorado DMV of a license suspension in the case of a blood test showing your BAC was greater than .08.  You have just 7 days from the time of your arrest to request a Colorado DMV hearing.

Call Us For Help

You must act quickly to begin your defense and seek a hearing with the DMV.  We invite you to contact our caring attorneys at Kanthaka Law for free consultation.  We will work with you to explore the best ways to defend against a Colorado DUI or DWAI.

DWAI is generally a misdemeanor in Colorado.  Potential consequences of a Colorado DWAI include:

If your BAC is .20 or more the court must impose a mandatory minimum of 10 days in jail.  Second and subsequent DWAIs are sentenced the same as DUI or DUI per se offenses.

Driving under the influence is a generally a Colorado misdemeanor.  Consequences of a Colorado drunk driving misdemeanor can include:

However, if your BAC is 0.20% or higher, you will be designated a Colorado persistent drunk driver (PDD) and sentenced as a repeat- DUI offender, even if it is your first offense.

A 2nd Offense DUI or DUI Per Se in Colorado:

A 3rd DUI or DUI Per Se offense in any jurisdiction can lead to penalties of:

Additional consequences of a Colorado misdemeanor DUI can include:

A 4th conviction for DUI, DUI per se, or DWAI becomes a class 4 felony.  Consequences of a Colorado felony DUI conviction include:

Contact us today and put yourself in a better state of mind with Kanthaka Law.